Looking Up At The Half-Moon 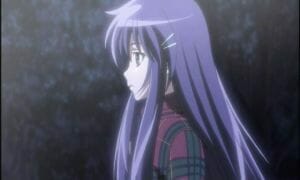 A complex story of grief, romance, and appreciating life… 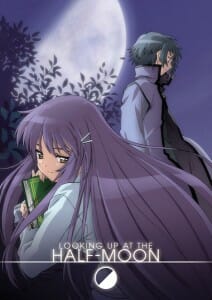 Looking Up At The Half-Moon tells a tale of love and life, set in a place where many have given up hope. In a rural hospital, in the dead of winter, two vibrant souls are brought together. Yūichi Ezaki was admitted for a severe case of Hepatitis A, though one wouldn’t know it with his constant attempts to sneak out of the facility. Rika Akiba, on the other hand, has a weak heart valve, and is awaiting a risky surgery. Though the two were given what appears to be a life sentence, it seems that Yūichi and Rika can give each other the one thing that modern medicine can’t provide: hope.

Looking Up At The Half-Moon’s storytelling is nothing short of impeccable. Yūichi and Rika are wonderfully written, and reach far beyond the two-dimensional confines of the medium. They have dreams, aspirations, and flaws. They lie, they get jealous, and lash out at one another. The romance that blooms between the two feels very real, and pushes ahead at a fantastic pace. Then there’s the setting. Though there aren’t many locations within the series, each setting is treated with care and grace. Each area is fleshed out and given a history, to the point that the world could be considered a character in itself. 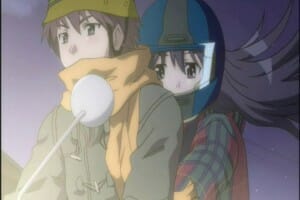 What really makes Looking Up At The Half-Moon stand apart, though, is its attention to the subject of mortality and how it relates to each character. It’s a persistent theme that’s woven into the every facet of the series, becoming the key, lasting concept that will sit with viewers long after the final credits roll.

Yūichi  is a complex person, who hates and loves parts of his late, drunkard father. Through his life, Yūichi has had to struggle to find ways to honor the life of this man, as well as those of others who have passed in his life. Despite this, Yūichi tries to better himself, which is an endearing concept in itself. 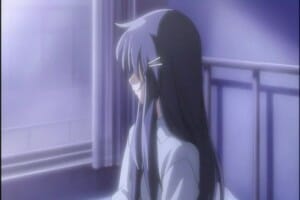 Rika, on the other hand, is a young lady who faces her own inevitable end. Her thoughts constantly wander to her late father, and to the ticking clock that counts down the seconds until the inevitable. This fear of the end shapes the way she views the world, and how she looks at those around her. She shuts the world out, and lashes out at those who only wish to bring care and comfort. Yet, with the hand of one who faces a similar fate, she begins to realize that this may not be the end, after all.

Within this soil of despair, a flower of love begins to bloom. This tale of romance and grief is the base for a truly memorable short story. It’s a welcome addition to any anime fan’s collection… just make sure that you have tissues handy.