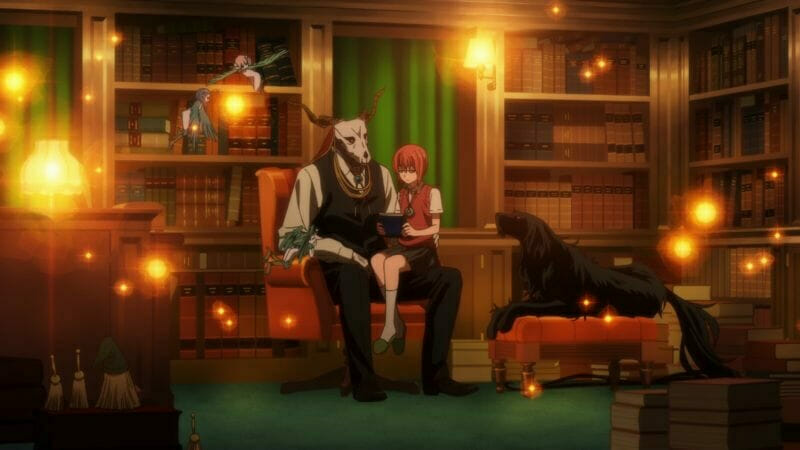 US Distributor: Crunchyroll
Production Studio: WIT Studio
Was this provided by the publisher? No
More Info: Anime Planet 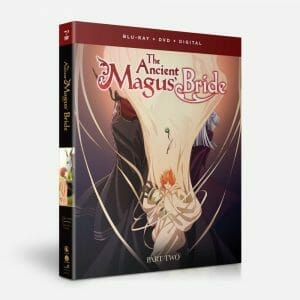 If you thought that the first half of The Ancient Magus’ Bride got a bit too dark at points, then brace yourself: you’re about to dive into twelve more episodes of “you ain’t seen nothin’ yet!

In the second half of this series, we learn much more about Chise’s tragic and violent past with her birth mother and meet a handful of new friends. At the same time, Elias learns more about human emotions like jealousy and anger, which he is experiencing for the very first time.

What makes the second half of The Ancient Magus Bride a bit harder to stomach, though, is the speed at which it changes the series’ overall tone. All of the stories leading up to the final arc are powerful, bittersweet tales  that ultimately fill the viewer’s heart with goodness and love. Possibly the best example of this comes about in the show’s fourteenth episode, in which Joel, an older gentleman with a rose garden whom Chise met a few episodes ago, is dying.  Meanwhile, Chise and the leánnan sídhe that’s secretly doted upon Joel for decades just want to grant one final wish for him. It’s an episode that will bring forth the waterworks, as tears flow and the show builds to a genuinely happy sense of catharsis.

Likewise, later in the series, Chise meets  meet a young girl named Stella, who has lost her younger brother. She didn’t lose him in a rhetorical sense, or even the common vernacular: the two had an argument, and Stella’s brother literally vanished into thin air. The girl is distraught and desperate, and requires Chise’s aid to help find him. Through the episode, there’s a very real tension in the air, as the siblings try to reunite with each other. Again, though, it leads to this genuinely happy, cathartic feeling that swells within you once they do find each other again. 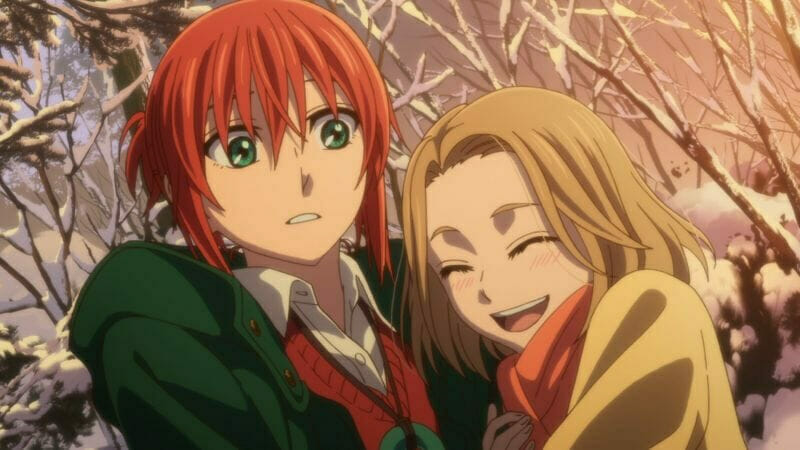 This pattern continues over and over again, all the way up until the show’s final arc. In the show’s final episode, Chise willingly leaving Elias behind, under the influence of a recurring malevolent figure. With each build-up, each swell of sadness in pain, the series pushes audience just a bit further along, priming them for the final terrifying arc.

To be frank, The Ancient Magus’ Bride’s final arc is incredibly difficult to watch, to the point that it is doubtful to me that anyone will want to watch it more than a couple of times at most. I refuse to spoil what exactly transpires in these final episodes, but fans who are squeamish or emotionally sensitive will have a hard time reaching the finale. That isn’t to say that the show’s isn’t emotionally satisfying, because it absolutely is. Still, the staff did not make it easy for the audience to get to their final destination.

There will be tears.

There will be emotional suffering.

There will be mental obstacles that you’ll have to overcome.

In short, it will not be pleasant. Still, if you can soldier through, you’ll find yourself to be a better person by the time the final scenes play out. 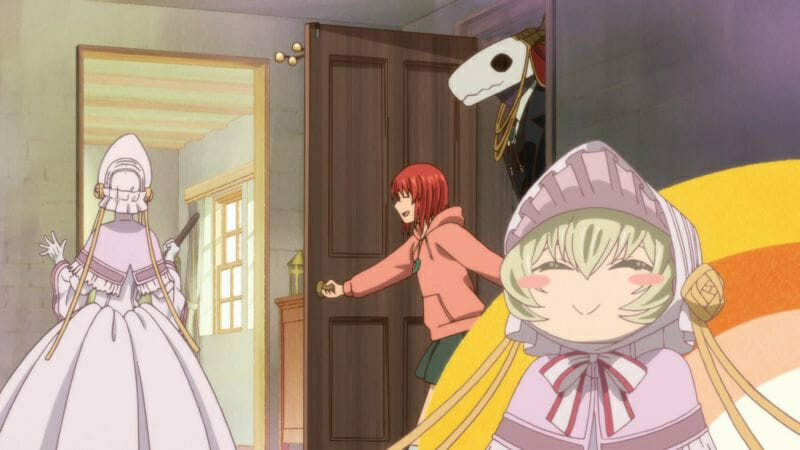 I should note that the series isn’t all doom and gloom, though. As with the first half, The Ancient Magus’ Bride knows full well how to lighten the mood. On occasion, the series busts into moments of chibi art, which really highlight when a joke is being made. Even without the cutesy style change to visibly signify a gag, though, the series knows how to make its audience laugh when things are getting a bit too heavy.

More than its overall mastery of tone,The Ancient Magus’ Bride succeeds in gracefully bringing its cast into the third dimension. For much of the show’s first half, we spent a lot of time getting to know Chise, and watching her blossom into an independent young woman. In the second half, the series shifts to focus on Elias, who’s learning about his emotions in the most difficult way possible. Elias is not used to having a partner, nor is he used to actually feeling things on a regular basis. As such, he doesn’t know how to process situations that a typical human would be able to cope with. When Chise becomes friends with Stella, for example, it drives Elias mad (almost literally) with envy, because she is sharing a side of herself with her new friend that he doesn’t get to see. Over the course of the entire second half, Elias grows and changes quickly, as he learns of the feelings he’s experiencing for the first time, and how to handle them rationally. 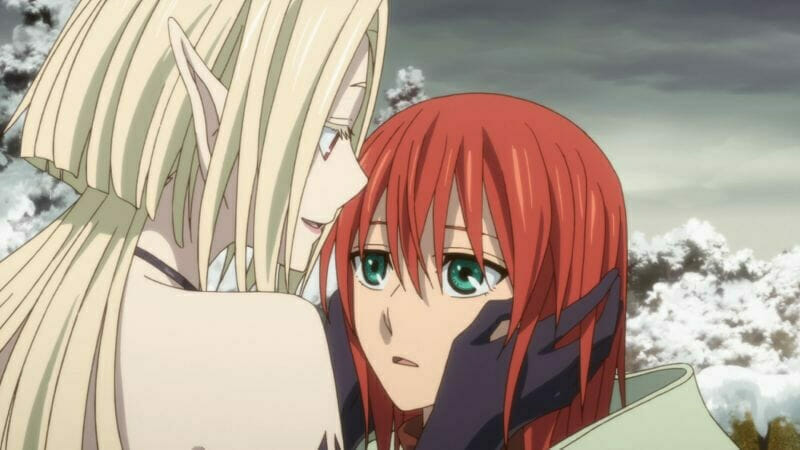 As with the first half, the background music in this series is a beautiful triumph of composition by Junichi Matsumoto. From the instrumentals to the insert themes, this series simply excels from start to finish. Even the new opening and ending themes are wonderfully done, despite a small contingent decrying them as “generic” during the show’s original run. If I were to single out one small issue, it would be that Chise’s lullaby was never dubbed. Rather, both the English and Japanese tracks feature the original Japanese vocals.

This complaint proves to be minor overall, as The Ancient Magus’ Bride is still a series that belongs in any serious collector’s home media library. The drama that the series conveys over these twelve episodes is powerful enough to leave a lasting impression on those who experience it for the first time. I’d argue that even those on their second, third, or even fourth watches will still be able to feel something by the time the final credits roll.

While the general heaviness of the subject matter might not make it something that you go back on a whim, The Ancient Magus’ Bride is still something that you’ll want to show to others for many years to come. Let’s just hope that we someday get a second season that lives up to the high standard set by this one.