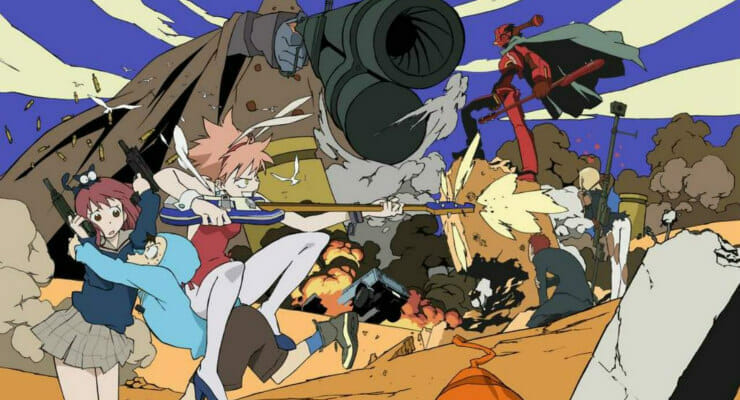 Hello, readers, and welcome to an all-new AniWeekly! While we had to take last week off due to Anime Expo, we’re back in action and bringing you the week’s best and brightest!

This week, we’d like to give a huge shout-out to the folks at Summer Games Done Quick, who spent over a week speed-running games for charity. The event managed to pull in over 1.3 million dollars, which will be going straight to Doctors Without Borders. Awesome work, guys! We wish you the best in AGDQ 2017!

We’d be remiss for not highlighting the amazing Pepsiman run at the event, which is equal parts amazing and hilarious thanks to runner TheBoyks.

On that day, humanity received a grim reminder that the Titans were coming back. It’s official! Attack on Titan season 2 will be hitting Japanese TV in spring 2017. Much of the original cast and crew are returning to work on the project, including Eren Jaeger actor Yuuki Kaji.

Crazy sunshine~! J-Rock group The Pillow are returning to handle the soundtrack for FLCL 2! The band previously scored the soundtrack on the original FLCL OVA.

Drifting through life, with nowhere to go. Funimation announced that they acquired the license for the upcoming Drifters anime series! The show is slated to air in October. 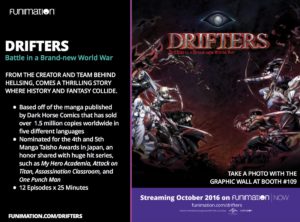 It’s a document most deadly! Last week, photographers were able to snap shots of Nat Wolff As “L” in Netflix’s Death Note film. The photos were taken in Vancouver, where filming was taking place at the Vancouver Art Gallery. 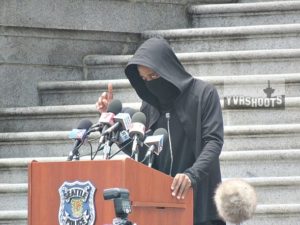 It’s a colorful wallop! The “ViVid Strike Project” revealed that Vivid Strike, the latest concept from Magical Girl Lyrical Nanoha creator and scriptwriter Masaki Tsuzuki, is getting an anime series.

It’s time for one more adventure at the Royal Biblia Academy! 2014 anime series Trinity Seven is getting a movie!

Everybody have fun tonight! Everybody Bang Dream tonight! Multimedia franchise BanG Dream! is receiving an anime series! The show is currently slated for a 2017 première.

Capture the heart of the sword… in card form! Classic anime franchise Rurouni Kenshin is crossing over with popular smartphone game Puzzle & Dragons! Fans can capture their favorite characters, from Kenshin to Kaoru in this new promotion.

It’s time for The Next big thing! Shoji Kawamori offered a brief preview of upcoming anime property The Next. The 30-second teaser offers a first look at the series, and the concepts it embodies.

Netflix is getting a little more Bewitching! Netflix announced that they acquired the license for Trigger’s Little Witch Academia anime series.

The premium experience? Maybe. Daisuki announced that they will launch a premium service. Sign-ups started this week, and promise reduced ads during shows and access to specific back-catalog titles, among other perks.

I’m not that innocent! Production I.G. announced that Funimation acquired the license for Ghost in the Shell 2: Innocence. As of press time, no details on the release are known.

Lelouch shall rise, once again! Funimation officially unveiled their Code Geass Blu-Ray releases! The publisher will ship the show on October 4. 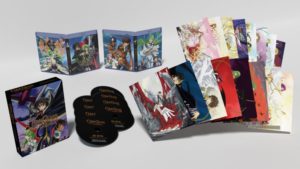 Taking in the sights. Atelier Emily breaks down the visual language found in the opening sequence for Amanchu!

To celebrate The Pillows’ return to FLCL, we’re highlighting one of their classic pieces! This time, it’s a 2013 AMV by kazeレイ AMVs, which features FLCL footage set to the song Blues Drive Monster. 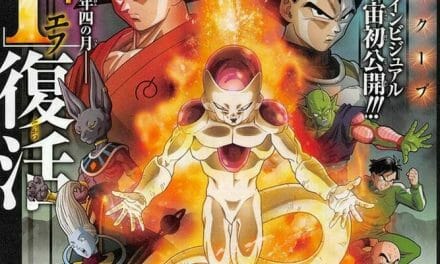